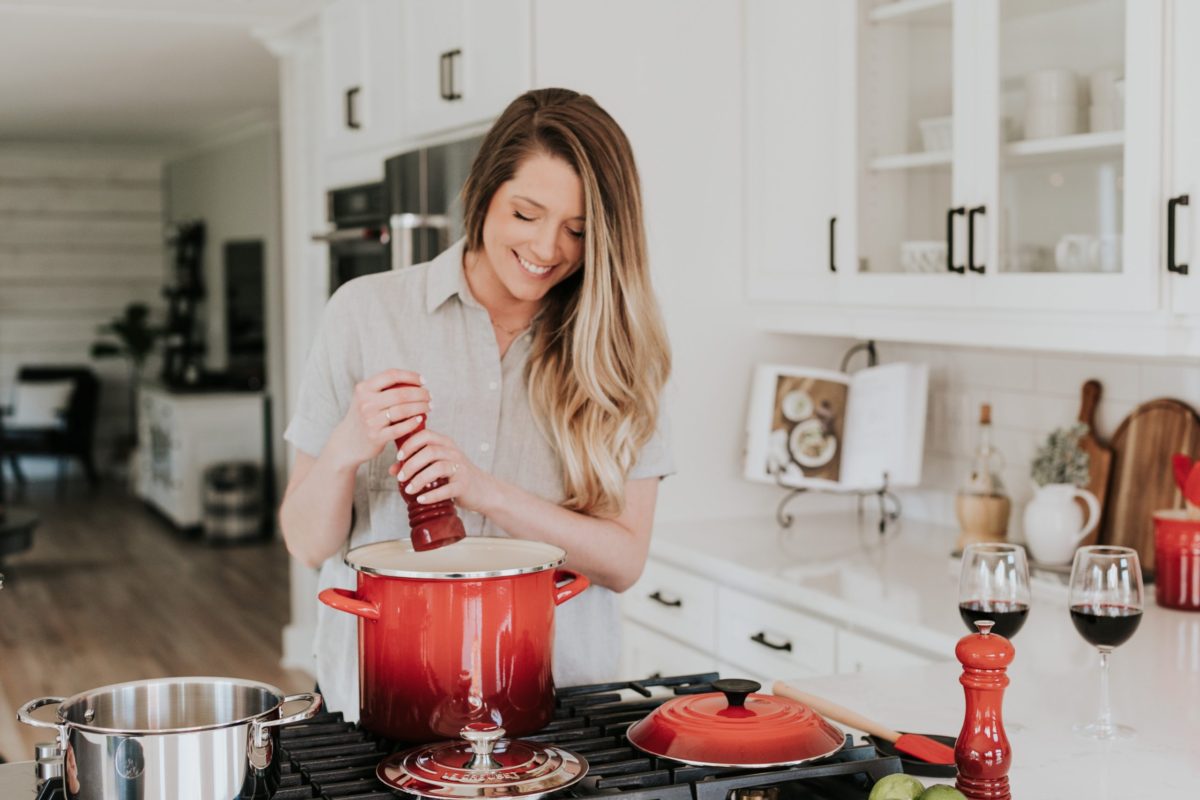 So you’ve finally decided to make some positive lifestyle shifts by eating better, exercising more, and taking care of your mental health. Excellent! These long-term behavior changes may help improve your health and increase your longevity, especially if you can make these behaviors part of a regular and consistent routine.

You start by stocking your fridge with nutrient dense foods and start meal prepping and cooking daily. Then you decide to join your local run club, put up some serious cash for those fancy sneakers and start putting on those miles. Finally you decide to manage your stress with daily meditation and breathing techniques.

Despite your best efforts (and fierce determination) you find yourself slipping into bad habits – grabbing last minute take out for dinner, skipping your morning run club meet-ups, and letting stress get the better of you more often than not. Not long after you’ve started, maybe a couple of weeks, you fully give in to your old ways and resolve to start again next week.

So what gives? Why can’t we stick to healthy lifestyle behaviors?

To answer this question, let’s first look at how habits are formed.

Habits are defined as actions that are triggered automatically in response to contextual cues that have been associated with their performance (1). In other words, new behaviors should be repeated with the same context (think, location, time of day, etc.) until they become routine/automatic.

For example, if you are trying to start a new workout routine, you’ll want to start by deciding what type of workout you want to do and what time of day you want to do it. So you set a goal to take a 30-minute cycling class, every Monday, Wednesday and Friday at 7 am. This S.M.A.R.T (specific, measurable, achievable, realistic, timely) goal provides an opportunity for this behavior to become automatic, if you can stay consistent with the behavior.

In the initiation phase new behaviors are chosen (e.g., meal prepping and batch cooking). Initiation requires that you figure out what motivates you to perform these new behaviors. It’s important that you are sufficiently motivated to begin a habit-formation attempt. During this phase you will select the context in which these new behaviors will be completed – event or time of day/week (every Sunday).

In the learning phase, driven repetition of this behavior facilitates automaticity – [noun]: working by itself with little or no direct human control. Repetition reinforces and establishes the association in the memory to perform the new desired behavior.

Create healthy habits by repeating a chosen behavior with the same context until it becomes automatic and effortless.

Habit formation culminates in the stability phase. In the above example, meal prepping and batch cooking every Sunday will eventually lead to this behavior being triggered automatically, without awareness, conscious control, mental effort, or deliberation. Behavior performed in consistent settings tends to persist even in the face of motivational shifts.

Building a solid foundation of healthy habits will help in avoiding pitfalls and making you more resistant to lapses. Eating behaviors, physical activity, and daily self-care all have a habitual component. Employing a habit formation approach to health behavior change would be conducive to increasing success in making such lifestyle change permanent.

How Do You Break Unwanted (Unhealthy) Habits

Habits become hard to break because they are deeply wired, by constant repetition, into our brains. Because habits are patterns of behaviors, breaking the patterns is key to breaking the habit itself. An obvious way to break unwanted habitual behavior is to remove yourself from the environment where the cues (trigger) exists by changing the larger pattern.

On your way to work you pass by a patisserie with the most yummy tasting pastries. You’ve been told by your endocrinologist that you are pre-diabetic and need to monitor your blood sugar levels by eating more nutrient dense foods. The route you typically take to work passes by a patissiere and prior to your diagnosis, it was a frequent stop on your way to work. You built a habit around stopping into this patisserie before work everyday. One way to break this habit… take another route to work. In other words, remove the trigger.

Another approach is to attach the negative unwanted cue-response to new behavior. This solution is more about substituting rather than stopping the behavior. Let’s go back to the example above. On your way to work, you still have a morning ‘treat,’ however, this treat is one that you prepare at home. Maybe you prepare chewy oat bites which are sweetened with applesauce and also a good source of fiber. This new behavior replaces the cue-response to the unwanted behavior. The key here is mapping this out before that triggers have a chance to kick in.

You’ll have to employ some self-regulation here. Start to build awareness around the cues which trigger unwanted responses. Begin to self-monitor behavior to reveal those situations where unwanted habitual behaviors exist. In other words, start to understand yourself and recognize your triggers.

Allow yourself some grace as you navigate this change in behavior; in other words, go easy on yourself if you have a setback. You didn’t develop these behaviors overnight, so it may take twice as long to unlearn or break these habits.

Steps to Breaking a Unwanted Habit

It’s important to aim for small behavior changes initially. Setting a goal to run a marathon when you’ve never run a long distance before can be daunting. A more realistic goal to begin with is to jog three times a week for 15 minutes to build endurance, strength and stamina. When achieving success within small behavior changes, you increase self-efficacy and increase confidence for working toward other health promoting habits.

Recently we’ve seen a surge of panic buying at t

It’s mid January, holidays are officially over a

Most of you giving #Veganuary a go this year and a